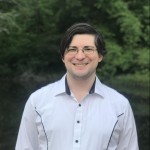 Riesling is popular for its seductive aromatic and flavor characteristics, general food-friendliness, and prestigious history.

I’ve talked a bit about grape varietals that Warren and I don’t share in common. It’s about time to cover one that is a favorite of both of ours. Riesling became a particular favorite of mine in the late 1990s/early 2000s. My dad had started making enough money that he began indulging in wine. That was something he hadn’t really gotten to do since his college days. In addition to Vinho Verde and Australian Shiraz (two other turn-of-the-Millennium wine trends that are still popular to the day), he started adding Riesling to his wine rack.

Most young people are going to prefer sweeter wines when they first start out. I was no exception. However, I noticed that the Rieslings my dad got weren’t as sweet as, say, sherry or port. It allowed me to indulge in flattering myself that I was getting into drier wines. It also began a lifelong love of one of the world’s more striking and popular white grapes.

Riesling is one of those white grapes that even people who know very little about wine recognize right away. Due to its origins within the Rhine River valley, it was and still remains the flagship German varietal.

One of the things that make it such an interesting grape to study is its high degree of variance based upon the climate and soil it is grown in. Within Germany, it tends to create wines with notes of apple, pear, and some mild tropical fruit, along with a pleasant floral aroma and some hints of citrus. When grown properly and in cooler regions (which German river valleys tend to be), its bracing acidity makes it refreshing to drink and a wonderful food pairing—as well as a white wine possessed of a high degree of aging potential.

However, grown in other parts of the world, other flavor and aroma descriptors start to emerge. Riesling from Alsace (which is a little warmer than Germany) creates wines with notes of peach and melon. Australian Rieslings are distinct for their lime-zest citrusy nature. In the Finger Lakes region of New York, drier Rieslings develop an unusual and intriguing mineral character, sometimes even verging on the austere. It’s always a lot of fun to attend an internationally-themed Riesling tasting and sample the differences across the world for yourself.

The stereotype around Rieslings is that they are generally sweeter. The reason for this is the high acidity mentioned above. In order to compensate for it, winemakers often leave a little sugar behind after fermentation. However, dry Rieslings have a pedigree of their own. It’s not unheard of to find German Auslese (a sugar weight at harvest which Americans would associate with dessert wines) Rieslings done in a dry style. They’re even more popular in places such as Australia, California, and Washington. Warmer climates there can create a lower acidity that wouldn’t benefit from sweetness.

Riesling’s native acidity plays another role as well, and that is in its aging potential. White Burgundies made with Chardonnay gain longevity due to spending time in oak barrels. But Riesling’s shelf life is established right at harvest. It’s almost unheard-of for Riesling to spend time in oak. Malolactic fermentation and oak-derived flavors and tannins would destroy its subtle, floral character.

Instead, what it has to work with is its own native chemical makeup. Tartaric acid—one of the main three acids found in grapes—is a potent antimicrobial agent. It’s also a flavor and color preservative. Even ten-year-old Rieslings can taste remarkably fresh and vibrant while still having bottle-aging characteristics.

Among the latter is a unique descriptor in the wine world: diesel. The floral aromatics within Riesling, over a long period of time, bond together to create a fragrance not unlike that of petroleum or diesel fuel. This is usually a “you-love-it-or-you-hate-it” phenomenon. However, it’s the hallmark of an aged Riesling, renowned among devotees of high-quality German wines.

What to Pair with Riesling

In addition to its other sterling qualities, Riesling is an excellent wine for food pairings. Drier Rieslings can work well with a variety of fish dishes or salty foods. The intensely high acidity makes it more than a match for pungent and/or salty seafood dishes. Sweeter Rieslings often find a lovely home alongside spicy Asian cuisine. One of my all-time favorite pairings is spicy Indian or Thai curries with a sweeter German Auslese or a sweeter Washington Riesling. One of the wonderful things about a global wine market is not being restricted to localized cuisine and wine pairings!

Riesling was, is, and will remain a popular grape varietal due to its seductive aromatic and flavor characteristics, general food-friendliness, and prestigious history. It’s still one of the most-studied grapes in a scientific context due to its high naturally-occurring flavor and aroma chemicals.

Interested in pursuing a more detailed knowledge of this grape? It’s worth visiting your local wine store or bar and finding out what they have to offer. Grocery stores have entry-level Rieslings from Germany and California. But you owe it to yourself to spend just a few bucks more and find out what this fascinating and alluring grape has to offer.

Have a favorite Riesling? Share it in the comments below!